Dr. Ken O’Neal and His Heroic Fight Against the Medical Establishment 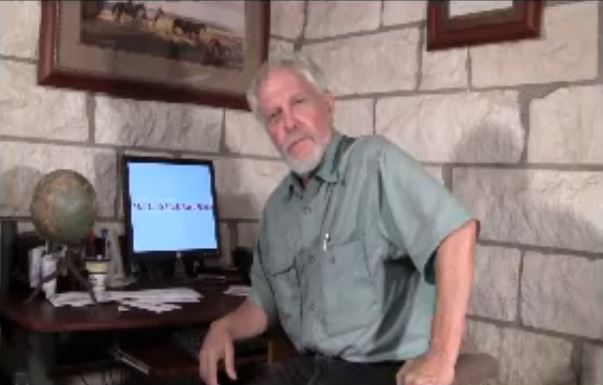 (Silver Bulletin e-News Magazine) The mainstream medical establishment combines the AMA, the FDA, and the pharmaceutical industry (Big Pharma) into a medical practice group that has been appropriately termed the “Medical Mafia”.

The term medical mafia is applicable. Some call it medical tyranny, medical monopoly, or medical fascism. Regardless of the names, they operate the same way.

They lie, they cheat, and they let only let medically trained persons play doctor who agree to push toxic drugs and procedures as cures, despite their actual statistical history of causing more harm than good. They are more interested in profits and power than healing. (1)

Dr. O’Neal, affectionately known as “Dr. Ken”, started out as a certified MD over 38 years ago specializing in emergency medicine. Emergency Medicine or trauma treatment is perhaps the only uniquely valid aspect of the medical monopoly’s allopathic medicine.

In 1995, Dr. Ken completed a course of training through the Clayton School of Natural Healing, becoming certified as a Naturopathic Doctor (ND). Dr. Ken confides, “I became a doctor to cure people and not manage their symptoms with mainstream drugs which had side effects that just lead to more illness.”  (2)

From that point on, Dr. Ken was an MD of integrative medicine and naturopathic health coach whose practice consisted mostly of referrals by those whose health he has restored, usually after the medical monopoly’s “standard of care” failed them.

Some of his motivational role models included integrative MDs, Dr. Jonathan Wright, Dr. Julian Whitaker  and many others.

“Standard of care” is an American Medical Association (AMA) term. It’s a double edged sword that forces doctors to comply with the consensus of medical bureaucrats’ approved procedures and medications while protecting them from liability in iatrogenic cases.

Iatrogenic cases involve injury or ill health, and even death as a consequence of treatment by doctors and hospitals. It’s estimated that hundreds of thousands of iatrogenic illnesses and deaths occur annually within the mainstream medical system from correctly prescribed drugs and procedures. (3)

As long as the standard of care protocol is met, physicians are protected from liability or from losing their licenses to practice. The bodies could pile up at their doorsteps and they wouldn’t need to give that a second thought.

For example, very few cancer patients survive “conventional” therapies, around five percent. Yet those deaths are claimed to be from cancer when they are really from chemotherapy and radiation. On the other hand, alternative cancer therapies cure anywhere from 50% to 90%. (4)

But as soon as one person dies from cancer during an alternative therapy, those practitioners are often charged with murder.

Whenever a licensed physician strays from what the medical bureaucracy considers standard, that physician is harassed and threatened by medical boards even after curing hundreds who were not able to be cured under mainstream medicine standard of care guidelines.

This has happened to hundreds of excellent healers with or without medical licenses since the turn of the 20th Century. Some were forced out of the country so they could continue healing those who were considered incurable. Others’ lives were ruined. (See “Famous Medical Mafia victims” under the Article Sources section below)

Dr. Ken suffered the medical mafia’s wrath when three of his many patients who were already in very bad health died. They were at death’s doorsteps when they came to him after all other medical options had been exhausted.

In October of 2005, the Texas Medical Board (TMB) sent Dr.Ken an Order of Temporary Suspension (OTS) without a notice of hearing. The allegations included contributing to the three patients’ demise by not handling them according to their accepted standard of care.

It didn’t matter that those patients came to Dr. Ken after the medical establishment’s standard of care had failed them! The TMB’s legal machinations from then on were more than Kafkaesque. They were illegal and motivated by greed on a foundation of corruption.

But the TMB was the “authority” that made up the rules and their infractions as they proceeded to drag Dr. Ken over the gravel of financial and emotional stress for years.

At one of several hearings, the prosecuting TMB’s two expert witnesses admitted they knew nothing about CAM (complementary and alternative medicine) or integrative medicine’s use of IV chelation therapy and IV vitamin and mineral infusion known as Myer’s infusions that Dr. Ken had been using successfully for years.

Dr. Ken brought in his two expert witnesses. One of them, Dr. Garry Gordon, DO, MD, MD(H) was a licensed physician from Arizona and an expert with Dr. Ken’s applications of IV therapies with over three decades of experience using and teaching those therapies that Dr. Ken had been using.

Dr. Gordon wrote a 10 page rebuttal of all the TMB allegations on each  case, pointing out “other causes and actions that may have actually caused these deaths.” The TMB simply ignored Dr. Gordon’s rebuttal and played their “standard of care” card. This action was administrative law; bureaucratic nonsense.

None of the deceased patients’ family members had complained before the fact to the TMB about the treatments, nor did they pursue civil actions after the fact. No criminal actions were ever taken either. They had come to Dr. Ken voluntarily and out of desperation. All of their AMA “standard of care” options had played out.

One died of cardiopulmonary arrest, and another was over 80 years old and classified as a DNR (do not resuscitate). Only one of the three had an autopsy, and it listed cause of death as long standing severe, occlusive coronary atherosclerosis.

Prior to the final TMB hearing, a TMB attorney offered a verbal plea bargain to reinstate Dr. Ken’s physician license if he agreed to certain stipulations. Dr. Ken saw that it was an attempt to censure his knowledge for handling patients better than AMA standards, and he refused.

Instead, Dr. Ken sent a certified letter to the TMB stating he didn’t want their license because the AMA’s standard of care protocols had become the number one cause of death in the USA by 2005, according to Life Extension magazine. (5)

The TMB continued with their kangaroo court show trial despite Dr. Ken’s letter. They had to make an official censure to scapegoat Dr. Ken completely by revoking his State Medical Board license as an example to other sincere physicians who found better ways to cure patients instead of treating symptoms.

Dr. Ken consciously left his lucrative MD physician practice to satisfy his conscience and better serve humanity with safer, more effective methods and natural substances. As a health consultant and Naturopathic Doctor (ND), he also teaches others personal health care over dependence on the medical mafia’s system of sick care.

A 2007 Lawsuit Exposed the TMB’s Level of Corruption

The American Academy of Physicians and Surgeons (AAPS) sued the TMB for corrupt practices including: Violating due process and other constitutional rights, creating anonymous bogus complaints in lieu of voluntary patient complaints, and interfering with the confidentiality of doctor-patient relationships.

This was a lawsuit originated by a doctors association against an official medical bureau, a very rare episode. Apparently, the TMB’s president had been using her position to slander and malign other doctors for eliminating competition from her and her husband’s medical practices.

Upon receiving the deposition from AAPS attorneys, the president of the TMB resigned. It’s rumored that she and her MD husband quickly moved their assets to offshore banks as a haven against legal garnishments.

Allopathic medicine started overrunning other medical practices at the turn of the 20th Century thanks to John D. Rockefeller, who was quoted as claiming “competition is a sin.” His early financial influence won over medical schools to start a medical mafia dogma.

A medical journal was created with connections to popular magazines and newspapers to help mold public opinion away from all other existing successful forms of medicine. This influence was eventually increased internationally upon the Rockefellers’ merging with Nazi Germany’s I.G. Farben Pharmaceutical.

The Medical Mafia hides behind these names: Orthodox, Modern, Conventional, Evidence Based, Traditional (though far from it), and others.

It’s important to understand the big picture as part of Dr. Ken’s saga. His is yet another example of the Medical Mafia’s hostility toward a long list of true healers who break out of the AMA box and natural healing agents that cannot be patented for huge royalties.

Modern medicine is more about big bucks than healing, which is why it punishes anyone who heals effectively without using pharmaceutical drugs. It also dismisses substances that are not created by Big Pharma even if they are more effective and safer than their products.

Learn more on the big picture of the medical mafia or medical monopoly here.

The author, Paul Fassa has many articles posted on Natural News,  Align Life, and The Best Years in Life (TBYIL) health websites. His blog is Health Maven: Escape from the Medical Mafia Matrix.

Famous Medical Mafia Victims (just a few of many)

The Dentist Who Cured Cancer http://www.naturalnews.com/030050_dentist_cancer.html

Jimmy Keller is Another Victim of the War Against Cancer Cures http://www.naturalnews.com/029336_cancer_cures_chemotherapy.html

Paul Fassa started looking into natural health to overcome his unhealthy lifestyle. Then he developed more interest as he researched his articles for Natural News and Align Life.

He is amazed at the ignorance of natural medicine and how beneficial foods and herbs are constantly ignored or vilified in order to promote toxic foods and meds by Big Pharma, the FDA, USDA, and the AMA, what he likes to call the “Medical Mafia”.

His blog is http://healthmaven.blogspot.com/ – “Healthmaven: Escape from the Medical Mafia Matrix.” His Natural News articles can be reviewed here: http://www.naturalnews.com/Author712.html