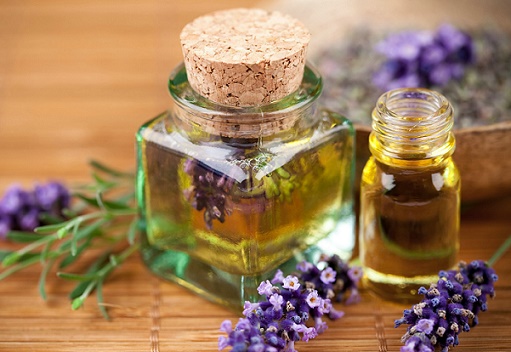 Written By: Margie King, Health Coach
This article is copyrighted by GreenMedInfo LLC, 2016

(GreenMedInfo.com) Lavender has been used for medicinal purposes for over 2,500 years. Today lavender is the most popular essential oil in the world. Here are just 7 proven uses for this amazing oil.

Lavender (Lavandula angustifolia) has been used for medicinal purposes for over 2,500 years especially in Traditional Chinese Medicine.

Ancient Persians, Greeks, and Romans added lavender flowers to their bathwater.  The name itself comes from the Latin “lavare” meaning to wash. The Egyptians used lavender as a perfume, as well as for mummification.

Today lavender is the most popular essential oil in the world.  Compounds contained in the oil have antifungal, antimicrobial, and antibiotic effects.

Scientific studies back up the wisdom of the ancients.  Here are just 7 evidence-based uses for lavender essential oil:

A German study confirmed that lavender oil is more effective than placebo in relieving anxiety in elderly patients.  The researchers concluded that it would be an effective and well-tolerated alternative to synthetic drugs.

In another study of 90 anxious patients awaiting open-heart surgery, researchers had the patients inhale either lavender oil or distilled water for 20 minutes.  Inhaling lavender reduced anxiety as well as cortisol levels. Questionnaires answered by the patients showed the lavender decreased anxiety by 10.8 percent.  Blood testing revealed that cortisol levels dropped by a whopping 69.6 percent.

And in a study of 60 heart patients in a coronary intensive care unit (ICU) patients were given 2% lavender essential oil via inhalation every day.  After 15 days, the patients inhaling lavender reported significantly less anxiety.  Researchers concluded that lavender is a non-invasive, cheap, easily applied, and cost effective intervention for cardiac patients in the ICU.

Several studies show the effectiveness of lavender aromatherapy in sleep-related disorders. In one study of 158 new mothers, women were assigned to two random groups.  One group dropped lavender oil on a cotton ball and inhaled 10 deep breaths before going to sleep.  They also kept the lavender ball near their pillow until morning.  They did this four times a week. A control group did the same thing with a placebo oil rather than lavender. After eight weeks, women inhaling lavender had a significant improvement in their sleep quality compared to the control group.

It is estimated that 45 percent of women suffer from moderate to severe dysmenorrhea. This condition develops at the time of menstruation and can cause cramps, nausea, vomiting, fatigue, loss of appetite, diarrhea, and headaches.

A lavender oil massage can help relieve dysmenorrhea.  In one study from Turkey, 44 midwifery or nursing students administered a self-massage with either lavender oil or petroleum oil as a placebo.  The lavender oil was found to reduce menstrual pain at a statistically significant rate.

In an Iranian study of 80 midwifery and nursing students, volunteers were randomly assigned to receive either a lavender oil massage or placebo massage during two consecutive menstrual cycles.  Their level of pain was measured before and 30 minutes after the massage. The lavender oil massage caused a significant decrease in dysmenorrhea symptoms compared to the placebo.

The researchers noted that topical application of lavender oil relaxes the muscles, improves blood supply to the tissues, and increases elasticity. And the active compounds in lavender oil remain on the skin for about 90 minutes after the massage.  In addition, the oil – after topical use or inhalation – is absorbed into the blood stream.

In addition to pain many women suffer with emotional stress during their menstrual periods. A Japanese study found that inhaling lavender can help. Researchers studied 17 women in their early 20s with mild to moderate premenstrual symptoms. The women inhaled either lavender or water.  They found that inhaling lavender for just 10 minutes significantly increased the activity of the parasympathetic nervous system compared to the water.  In addition, psychological tests showed that lavender significantly decreased feelings of depression/dejection and confusion as long as 35 minutes after inhalation.

Margie King is a graduate of the Institute for Integrative Nutrition®. A Wharton M.B.A. and corporate attorney for 20 years, she left the world of business to pursue her passion for all things nutritious. Margie is the author of Nourishing Menopause: The Whole Food Guide to Balancing Your Hormones Naturally. She is also a professional copywriter and natural health, beauty and nutrition writer. To contact Margie, visit www.IntegrativeMenopause.com.

Disclaimer: This article is not intended to provide medical advice, diagnosis or treatment. Views expressed here do not necessarily reflect those of GreenMedInfo or its staff.

Internal Site Commenting is limited to users that have a Friend or Professional Membership.
Disqus commenting is available to everyone.

After reading page 2 of this great article, …..please go to UtopiaSilver for COLLOIDAL SILVER & GOLD and other great supplements–>