February 2, 2016 (AlignLife.com) A dark plague of bad health has crept across the land, operating largely in shadow for generations and set upon us by an evil master whose footsteps have fouled the earth for as long as man has walked upon it. Led by four evil horsemen who have been corrupted and enslaved by the master, the plague has cast its shadowy tentacles from sea to sea through towns and cities large and small, sparing no one. Almost no location has proven remote enough to escape its reach and it has visited death, illness and suffering on young and old alike. [Sponsor Links: COLLOIDAL SILVER SALE] The master of bad health is Greed. The Four Horsemen who have… Read More →

June 11, 2015 Dateline: Klondike, Texas by Tony Isaacs, Natural Health Journalist (UtopiaSilver.com) If you have never canned or pickled before, this year is a great year to start and it is really easy to do. Not only will you save money, you will also eat healthier and safer produce. Thanks to the drought in Southern California, vegetable prices are expected to soar. Most of the U.S. grown fruit and vegetables contain dangerous pesticides, unless they are organic. To make matters worse, imported vegetables and fruit from Mexico and other countries often contain dangerous pesticides which have been banned in the United States. You can save money and avoid pesticides by canning and pickling “organically and home grown” produce. [Sponsor… Read More →

[Publisher’s Note: Although I agree with the author about the premise of his article, I would make one caveat.  I do believe that antibiotic and steroid laden meat of any kind consumed on a regular basis should be avoided as a health hazard and possibly even a cause of cancer. If the meat is sourced from grass feed, non-antibiotic, and non-steroidal sources, and if consumed in moderation with vegetable foods is a great source of nutrition. —Ben Taylor] February 23, 2015 by Tony Isaacs, Natural Health Advocate (UtopiaSilver.com) In yet another wrong-minded study condemning red meat, researchers at the University of California, San Diego (UCSD) found that feeding a non-human sugar compound (Neu5Gc) found in other mammals to mice that… Read More → 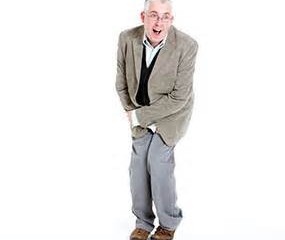 December 04, 2014 by Tony Isaacs (The Best Years in Life) Overactive bladder, or urinary incontinence, is one of the most common chronic conditions in the US. People of all ages and genders are susceptible to overactive bladder, though the condition is seen most often in women. It is difficult to get an exact number of how many people experience overactive bladder because many cases go unreported – probably due to understandable but needless embarrassment. The good news is that relief from overactive bladder may be found in simple exercises, dietary and lifestyle changes and items found in nature’s fields and meadows. [Sponsor Links: Colloidal Silver] Needing to urinate more often than normal and leaking urine are common symptoms of… Read More → 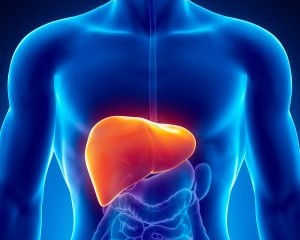 December 01, 2014 by Tony Isaacs (The Best Years in Life) When it comes to maintaining good health, as well as fighting and warding off disease and illness, no organ is more important to us than the liver – the body’s toxic disposal plant. A healthy diet is essential for good liver health and there are also several specific natural food and supplement items which can help maintain and restore the liver to optimum natural function. [Sponsor Links: Complete Liver Cleanse] The liver is the largest organ in the body (besides the skin, which many do not realize is actually an organ) and is by far the primary way we eliminate dangerous toxins and other waste items, which are normally… Read More →

October 15, 2014 by Tony Isaacs (SilverBulletin e-News Magazine) Ron Paul once observed that “when you have a dictatorship or an authoritarian government, truth becomes treasonous”. Though Dr. Paul was talking about NSA spying revelations, he could just as easily been talking about the medical dictatorship in our country by big medicine and the way truths about natural healing are persecuted as crimes by the FDA. [Sponsor Links: Death By Medicine, Ebola (& Other Viruses) Protection & Healing Protocol] The FDA strictly prohibits supplement manufacturers from making claims that a product prevents, cures or improves a disease condition or its associated symptoms. Further, the FDA has determined that only an FDA-approved drug can make such claims and that any supplement… Read More →

October 20, 2014 by Tony Isaacs …Continued From Part I: As the advocacy group Drugwatch explained: “The industry demonstrates its power, political might and social influence over the nation’s governments and agencies, its health care systems, its doctors and hospitals, as well as the psyche of the American people. With the help of staggering profits and 1,100-plus paid lobbyists, the industry has gained powerful leverage on Capitol Hill. From 1998 to 2013, Big Pharma spent nearly $2.7 billion on lobbying expenses — more than any other industry and 42 percent more than the second highest paying industry: insurance. And since 1990, individuals, lobbyists and political action committees affiliated with the industry have doled out $150 million in campaign contributions.” Couple… Read More → 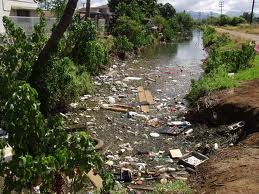 October 03, 2014 by Tony Isaacs (The Best Years in Life) Mainstream medicine attempts to beat cancer by cutting out, poisoning or burning it away. [Sponsor Links: Unnatural Cell Growth Healing Protocol] A better way to fight cancer is to address the root causes which enabled cancer to gain a foothold in the first place. Take these away and you can both beat cancer and prevent it from returning. Of these, many experts agree toxins are the number one root cause of cancer. That’s why it’s essential to eliminate and avoid toxins if one is to beat cancer and keep it at bay. In today’s world, it is almost impossible to avoid toxins. We normally associate toxins with industrial chemicals,… Read More →

by Tony Isaacs (SilverBulletin) Expert opinions are divided on the likelihood of Ebola ever reaching the US, ranging from trying to assure us that it is next to impossible to saying that it is inevitable. Nothing is impossible – including the nightmare scenario of Ebola mutating to an airborne form – and however likely or unlikely it may be, the best plan is to be prepared just in case. [SilverBulletin Sponsor Links: Guide to Using Colloidal Silver, Colloidal Silver] Following is information on measures to take in case you are exposed to Ebola. Build a strong immune system Nature’s first line of natural defense against pathogens and illness is our immune system – and it is notable that the most… Read More →