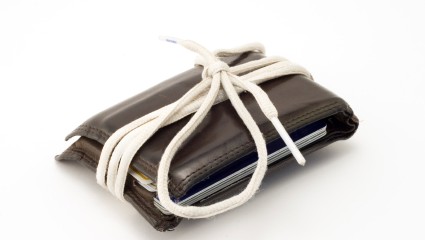 March 30, 2015 by Tony Isaacs (TBYIL.com) There are many valuable supplements available which can help beat cancer; however, those supplements often can add up to a daunting expense for people whose budgets are limited. The good news is that there are plenty of effective things people can do to cover all the important bases needed to beat cancer without spending a lot of money. For example, the following inexpensive suggestions pretty much covers all the bases for eliminating existing cancer and keeping it at bay: [Sponsor Links: Immune Booster Protocol] *Eat the flaxseed/cottage cheese combo which is an integral part of the highly successful Budwig Diet protocol. Note: be sure to use small curd cottage cheese to come closer… Read More → 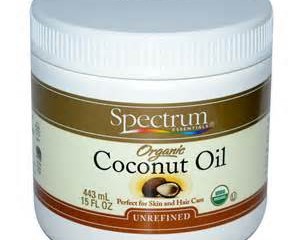 March 16, 2015 by Tony Isaacs (UtopiaSilver.com) Naturopaths and other natural health authorities have been telling us for years that coconut oil can not only slow Alzheimer’s, it can also stop it and even reverse it. Now, recent science and real life experiences have confirmed what they have told us. With organic coconut oil, you can forget Alzheimer’s, it’s no longer a death sentence! Alzheimer’s and dementia have been growing at alarming rates thanks to our aging population, widespread use of statin drugs and the continued inundation of toxins in our food, air and water. It is estimated that current figure of 5 million plus people with Alzheimer’s in the U.S. will triple by 2050. Despite optimistic announcements of advances,… Read More → 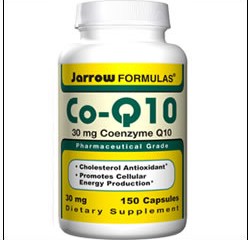 March 08, 2015 by Tony Isaacs (AlignLife.com) If you are feeling like you’ve run out of gas, it may be time to revitalize and boost energy with Coenzyme Q10 (CoQ10). Also known as ubiquinone, CoQ10 is an oil-soluble, vitamin-like substance that is absolutely essential for optimum health and longevity. CoQ10 is naturally found in virtually every cell in the body, primarily in the cellular mitochondria, the furnace of the cell in which food is converted to energy. It is a vital component of the electron transport chain which generates 95 percent of the body’s energy via adenosine triphosphate (ATP). So to boost energy and revitalize, optimal levels of CoQ10 are essential. CoQ 10 is critical for heart health Organs with… Read More →

March 02, 2015 by Tony Isaacs (AlignLife) ADHD is the term now used to describe children who have an attention problems with or without hyperactivity. Fortunately, this condition may be prevented or improved with diet and supplements, and without the use of risky mainstream drugs. [Sponsor Links: Colloidal Gold, SAM-e] Though ADHD may in part be a syndrome created to describe age-old problems and publicized in order to sell drugs, it is also likely that modern living conditions are resulting in an increase in childhood and adult concentration and attention problems. The suspected culprits for these problems are multiple and start with vaccinations. They also include excessive sugar and high fructose corn syrup consumption, lack of vital nutrients, increased environmental… Read More →

February 27, 2015 by Tony Isaacs, Natural Health Advocate (UtopiaSilver.com) As of the writing of this article we have had 155 cases of measles in the United States out of a total population of 320 million people, so naturally it is time to panic and mandate vaccinations for one and all! Yes folks, the next great health scare is here and the mainstream media and public officials left and right are awash with hysteria over the so-called “measles outbreak”. Now folks, let’s try putting the measles mania into the proper perspective. [Sponsor Links: Colloidal Silver] Everywhere you look you find such hysteria and strident condemnations of parents who choose not to vaccinate. Public figures and talking heads on both the… Read More →

[Publisher’s Note: Although I agree with the author about the premise of his article, I would make one caveat.  I do believe that antibiotic and steroid laden meat of any kind consumed on a regular basis should be avoided as a health hazard and possibly even a cause of cancer. If the meat is sourced from grass feed, non-antibiotic, and non-steroidal sources, and if consumed in moderation with vegetable foods is a great source of nutrition. —Ben Taylor] February 23, 2015 by Tony Isaacs, Natural Health Advocate (UtopiaSilver.com) In yet another wrong-minded study condemning red meat, researchers at the University of California, San Diego (UCSD) found that feeding a non-human sugar compound (Neu5Gc) found in other mammals to mice that… Read More →

February 23, 2015 by Tony Isaacs (AlignLife.com) After oxygen, water, and basic food, magnesium may be the most important element needed by our bodies. It is vital for heart health, bone health, mental function and overall body maintenance – yet 80% or more of us are deficient in this vital mineral. [Sponsor Links: Magnesium] Magnesium is more important than calcium, potassium or sodium, and it regulates all three of them. This vital mineral activates over 300 different biochemical reactions necessary for the body to function properly. Contrary to popular misconceptions, it is magnesium that is actually most important in building strong bones and preventing bone loss. Recent research has revealed that lack of magnesium may put your heart and your… Read More →

February 18, 2015 by Tony Isaacs (The Best Years in Life) When most people hear about strontium they likely think about strontium-90, a highly dangerous, radioactive component of nuclear fallout. However, stable non-radioactive strontium is non toxic even when administered in large doses. As numerous studies for over half a century have demonstrated, this often overlooked mineral also appears to be one of the most effective substances yet found for treatment of osteoporosis and other bone-related conditions. [Sponsor Link: Membrane Complex] Strontium, which was discovered in 1808 and was named after the Scottish town of Strontian, is element number 38 of the periodic table of elements and it lies directly below calcium on the table. It is also part of… Read More →

February 16, 2015 by Tony Isaacs (The Best Years in Life) February is National Cancer Prevention Month, yet one might never know it given the lack of publicity and efforts given to actually preventing cancer. Instead, even during the month designated to focus on prevention, the lions share of attention continues to be given to “cancer awareness” and the the huge charities such as the Susan B. Komen Foundation, whose efforts are largely centered around “finding a cure”. [Sponsor Links: Anti-Vaccine Protocol] Obviously, the best way to beat cancer is to avoid getting it to begin with. Yet the big cancer charities continue to focus their efforts on early detection and dangerous procedures such as mammograms. Little attention or research… Read More → 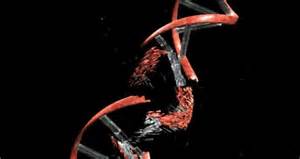 February 13, 2015 by Tony Isaacs, Natural Health Journalist (AlignLife.com) Thanks to toxins, radiation, poor diet, genetically modified food and unhealthy lifestyles, DNA damage threatens health and survival of humans. DNA and gene expression are being changed in unnatural and unhealthy ways, and in effect, we are turning ourselves into genetically modified organisms. These modifications are threatening our present health and our future viability as a species. [Sponsor Links: Colloidal Silver] Scientists are increasingly discovering how our DNA is being changed by outside agents and how the changes are being passed sideways to other humans as well as downwards to future generations. In one example of the dangers of DNA changes, a European study found that DNA from GMO corn… Read More →