Peto’s Paradox and the True Cause of Cancer 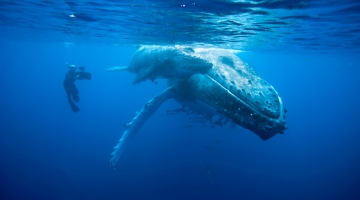 It is generally accepted that virtually all mammalian cells have a chance of becoming cancerous. If the probability of cancer were fairly constant, one would expect whales to have a much higher incidence of cancer than humans – but instead the opposite is true. Thus the paradox.

Scientists have put forth various explanations for why this paradox exists – including the speculation that the difference could be due to larger and more slowly dividing cell sizes. However, while there are size differences in some cells between species, the very large majority of the cells of most mammals are similar in size, and the cell division rate is pretty much the same for these similar sized cells. Other scientists have been plowing old familiar territory for mainstream cancer theory by looking at genetics, speculating about genetic changes which may have been part of the “evolution of cancer”.

Read the rest of this interesting article and then check out UtopiaSilver.com for great supplements->