by Briana McDonald; (UtopiaSilver.com) A disease that was once rare now affects as many as 5.3 million people in the United States, according to the Alzheimer’s Association. Ten percent of Americans over 65 and as many as fifty percent of those over 85 are at risk for this devastating disease. How did the rate increase so dramatically? Research shows a few interesting connections to those who have this disease and their vitamin/mineral deficiencies along with the presence of aluminum concentration in the brain. Exposure to excessive amounts of aluminum, combined with a lack of essential vitamins, minerals and antioxidants may create the grounds for this disease to develop. If you have been diagnosed with Alzheimer’s or know someone who has,… Read More →

December 12, 2016 (UnderGroundHealth.com) If health authorities are going to remain insistent upon lacing the water supply with additives to thwart tooth decay, then they really should be using all-natural coconut oil rather than fluoride chemicals, based on the findings of a new study. Researchers from the Athlone Institute of Technology (AIT) in Ireland have found that coconut oil effectively inhibits the growth of harmful bacteria that can cause cavities and mouth infections, without causing any harmful side-effects. [Sponsor Links: FREE COLLOIDAL SILVER] For their study, a team of researchers from the school added enzymes to coconut and several other oils to mimic how these oils would normally be processed during digestion. The team then applied the digested form of… Read More → 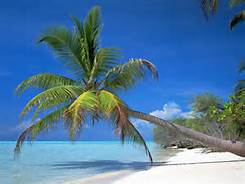 Written By: Sayer Ji, Founder This article is copyrighted by GreenMedInfo LLC, 2016 (GreenMedInfo.com) The internet loves a good “natural cure” recovery story.  For instance, when Dr. Mary Newport, MD, dramatically reverses her husband’s symptoms of Alzheimer’s disease after just two weeks of adding coconut oil to his diet, thousands enthusiastically share the story.  But despite their popularity, anecdotes rarely stand the test of time, nor the scrutiny of the medical community, at least not like experimental research published in peer-reviewed biomedical journals. All the more reason to celebrate a promising new study soon to be published in the Journal of Alzheimer’s Disease titled, “Coconut Oil Attenuates the Effects of Amyloid-β on Cortical Neurons In Vitro.”[i]  The study lends fresh… Read More →

July 21, 2016 (ReadyNutrition.com) Coconut oil is everywhere—you’ve probably read about its uses in lifestyle magazines, in recipes and in holistic medicine articles. You might already know that coconut oil is an antifungal great for curing athlete’s foot and for use in treating head lice, but what you might not be aware of is how many of your most expensive luxury products can be completely replaced with this miracle oil. The Beauty Industry spends billions in advertising dollars to promote products they want you to believe are specially formulated and scientifically proven. In fact, coconut oil is not only an affordable alternative, it’s better for your health and safety than most chemical-laden beauty products. [Sponsor Links: FREE COLLOIDAL SILVER OFFER]… Read More →

November 23, 2015 (GreenMedInfo.com) A common food oil has been found to have potent antifungal properties that could literally save lives. [Sponsor Links: Yeast Protocol] The coconut palm is perhaps the world’s most widely distributed and versatile food-medicine, and has been prized and even revered by indigenous cultures for a wide range of health complaints since time immemorial. Increasingly, scientific evidence is emerging validating its traditionally ascribed health benefits, and more, including supporting brain health, protecting the heart, and even reducing stress and depression. Now, a new study led by researchers at Tufts University has found that coconut oil is highly effective at controlling the overgrowth of the opportunistic fungal pathogen Candida albicans in mice. Published in the American Society… Read More → 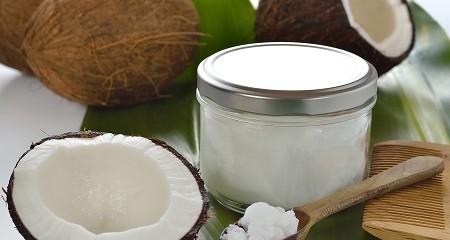