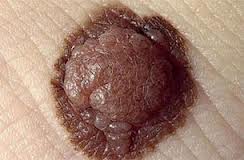 Hi Utopia,
I just received your Colloidal Silver Supplements in the mail today.  It came in record time.  I try to keep Colloidal Silver in my house.  It gets rid of infections without the use of antiboitics (antibiotics are losing the battle of infections because of their over-use.)
A few years ago, though, I found another use for colloidal silver.  I had a mole on my wrist, which was turning red and getting bigger.  I was going to go to a doctor to have it removed, when an old man told me to try colloidal
silver before I saw a doctor.  I had some, and took 1 tsp. in the morning and put some on the mole.  Before I went to bed, I did the same thing.  It was gone within a week or two, and has never reappeared.  I am not saying
don’t see a doctor when you need to, and maybe this was just a fluke, but it really did work for me!Glenda